Great development of „The Hermes Standard“ SHENMAO America, Inc. is pleased to introduce the PF606-P245 New Generation Lead-free Zero Halogen Solder Paste. The paste provides continuous high-speed printability that produces superior solder paste print quality as well as a wide reflow process window for excellent solderability. With a minimal flux residue gathering near the outside of the solder joint on the […]

Structured light and time of flight (ToF) are the dominant types of 3D sensing used for augmented reality, motion detection, gesture control, automotive/industrial 3D mapping, and proximity applications. These 3D sensing technologies are now appearing in smartphones. Apple’s iPhone X and its Face ID technology was not the first smartphone with a 3D sensing system, […] 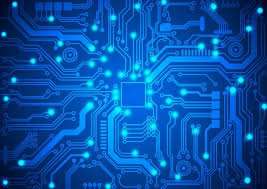 But as smart devices face pricing pressure, services are where the money’s at As smart functionality makes its way into homes and businesses, two devices are gaining a foothold into broader ecosystems to maximize growth and revenue opportunities: smart speakers and smart meters. No longer simply intelligent appliances in the home, these devices are becoming […] Viscom AG is now represented by a sales partner in the Czech Republic and Slovakia. The company NETA SMT s.r.o. has taken on exclusive sales and service representation for the entire product line in both countries. The contract was signed at the SMT Hybrid Packaging in Nuremberg. Initial discussions with Rostislav Kratochvíl, owner and Executive […] Rehm Thermal Systems continues to invest in its headquarters in Blaubeuren: Investment in personnel and systems will go ahead thanks to continually good business performance and positive future prospects. In the last five years alone, the number of permanent employees has increased from 206 to 302. ‘With all these new positions, space is becoming scarce. […]