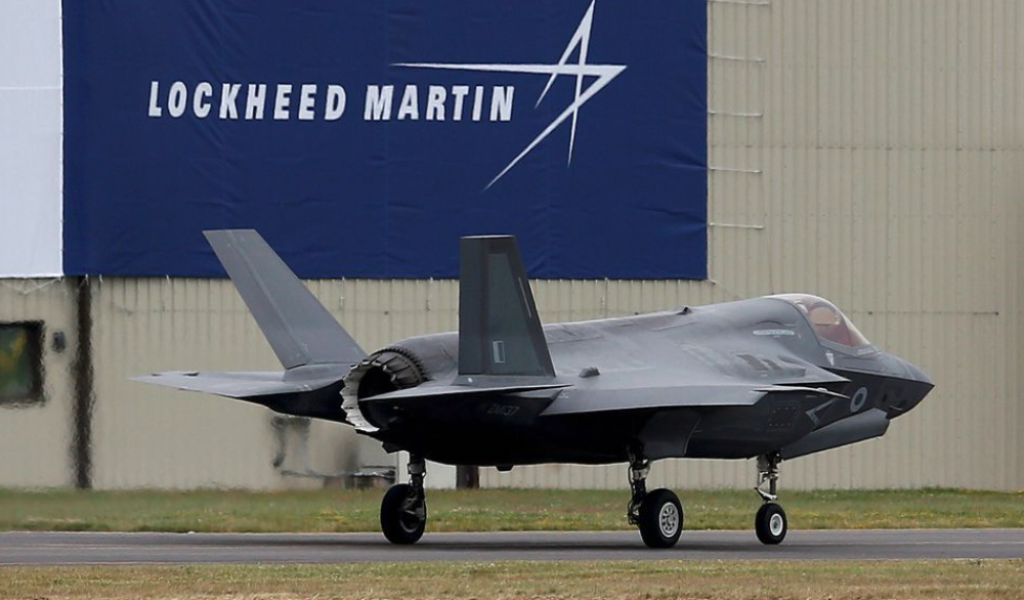 Lockheed Martin has joined Intel, Nvidia, and eight other big tech companies as part of a plan to securely link defense systems in what Lockheed calls a 21st century concept.

The company, which makes defense equipment ranging from F–35 jets to the Javelin anti–tank missiles currently used in the Ukraine war, foresees a day when such arms can be upgraded online in the same way Tesla does with its electric vehicles.

“The way to do that is to establish an open architecture, IoT environment, or set of standards that will enable — whether it’s Lockheed Martin, or Northrop Grumman, or Boeing — to plug their products into an IoT 5G–enabled system so that you can tie all these assets together, and increase every, six to twelve months, the capability of a mission,” Lockheed Martin CEO James Taiclet said during an April 29 event held by the Atlantic Council, a U.S. think tank.

To ensure that the networked systems are secure from vulnerabilities such as electronic warfare or cyber intrusion, Lockheed is partnering with U.S. tech companies that include chipmakers Intel and Nvidia.

“You have to take the best concepts out of the commercial IoT and 5G networks and bring them to what we’re trying to create here,” Taiclet said. “We’ve got about ten commercial industry leader partners. They’re all U.S. companies. We’ve announced three or four publicly.”

For 5G, Lockheed has chosen Verizon. The defense giant has selected Microsoft for cloud computing, while Nvidia will provide support for simulation and AI.

“We also have Intel as a partner because the chips themselves need to be anti–spoof and anti–hack and able to be customized relatively cheaply,” Taiclet said. “We’re trying to really accelerate our speed by partnering with the commercial technology industry, which has already invested billions and billions of dollars into this. They’ve got tremendous talent that the defense industry will not ever be able to replicate.”

He explains the Patriot missile system as an example. One current problem is that if an adversary fires an advanced, low–altitude cruise missile at a battery of Patriot surface–to–air missiles, the Patriot radars may fail to detect the incoming cruise missiles soon enough to intercept them, according to Taiclet.

“When you can tie that system into an F–35 that’s flying about with its sensors and its ability to have connectivity back to a network, the F–35 can see that cruise missile way further out, create a targeting solution for the Patriot battery, which then the battery would use to fire the defensive missile and stop the one coming in.”

It’s a matter of networking an F–35 with a Patriot missile, both of which are in the U.S. arsenal, he said. It’s possible that a German Patriot battery could be linked with an American F–35, he added.

“That would increase NATO’s deterrence factor dramatically,” Taiclet said. “What the 21st century concept is meant to do is connect platforms — which are satellites, submarines, ships, tanks, aircraft, et cetera — to tie those platforms together across domains. That’s space, air, ocean, subsurface ocean, land, et cetera.”

An integrated defense system is particularly critical in the case of hypersonic missiles, which China was the first in the world to develop. Hypersonic missiles travel in a sub–orbital trajectory at speeds ranging from 1 to 5 miles per second.

In the case of hypersonic defense, satellite sensing is necessary in the early stage of a hypersonic missile launch to track the initial phase of the flight.

“But with the speeds that are going on and the defensive capabilities we have, we need to use these twenty–first century digital technologies to close the loop, so to speak,” Taiclet said. “So we need artificial intelligence to do the calculations and predictions of how this missile could fly. We need really high–speed connections — network connections — at the 5G level to be able to push enough data from the satellite, for example, to the command–and–control center and the fire–control computer to have the information that it needs to create a tracking solution. And then we have to be able to connect to a terminal high altitude area defense missile battery or a Patriot missile battery, et cetera, to actually hit the thing.”

Taiclet also emphasized a need for secure supplies of chips manufactured in the U.S.

Since the outbreak of the Covid pandemic more than two years ago, Lockheed has been constrained by chip shortages that slowed production of the company’s larger systems and impacted the overall defense and aerospace industry, according to Taiclet.

“Much of that has been relieved but it’s not completely gone, and so we’re recovering from essentially Covid–related supply chain issues even today,” he said.

Those shortages are a concern as Lockheed ramps up production for longer–term, more sophisticated systems, with the increasing possibility of military conflicts in Asia and Eastern Europe, he added.

“We’re getting what we’d call demand signals from — whether it’s in the U.S. or other countries — that more of these systems are going to be needed. We’re raising capacity in all of those areas.”

The company plans to nearly double the number of Javelin anti–tank missiles it produces to 4,000 a year, Taiclet told CBS. The missiles have helped Ukraine halt an invasion of Russian tanks.

It could take up to several years to “crank up” the company’s supply chain to meet the company’s production goals, according to Taiclet. Each Javelin contains nearly 250 semiconductors.

Taiclet said it would be “extremely helpful” if Congress passed the Bipartisan Innovation Act, which would help boost manufacturing of chips domestically and reduce dependence on Asian suppliers.

The company declined to comment on whether it currently relies on semiconductors from Asian suppliers.

U.S. President Joe Biden toured a Lockheed Martin factory in Alabama with Taiclet last week. Biden credited the anti–tank weapons as he made a pitch for Congress to approve a new $33 billion aid package for Ukraine and provide more support to the front lines of the war.